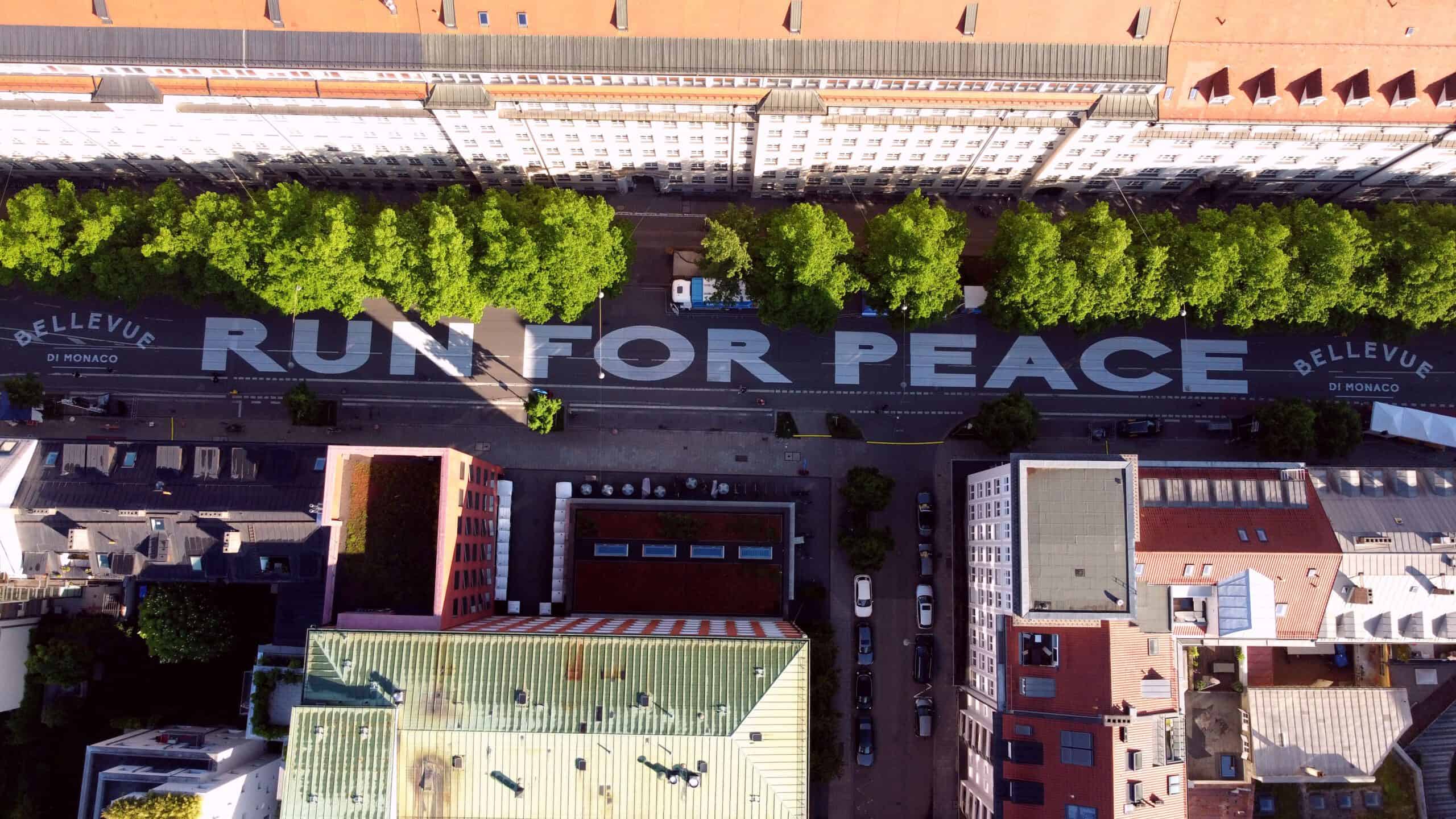 Run for Peace. The charity run in Munich on 15.05.2022 is all about solidarity. The sport is only in second place, in the first place a sign is set for a peaceful Europe and a peaceful world and donations are collected to support refugees from war zones. The "GIRO DI MONACO" is organized by Bellevue di Monaco.

The motto "RUN FOR PEACE" is written in huge letters made of organic chalk across part of a street on Munich's Altstadtring. We from terraprinter were already on site at 5 a.m. and brought the slogan onto the street with our terraprinter.

50 minutes of effective working time. We were also allowed to look behind the scenes from early in the morning until the start of the run. Mayor Dieter Reiter, the Sportfreunde Stiller and many others were on site to support the message.

We sincerely thank the entire team of Bellevue Di Monaco, all helpers, participants and supporters for this successful day!

You can find out more about the run at: https://www.sueddeutsche.de/muenchen/muenchen-giro-di-monaco-benefizlauf-1.5585214